Kane Is Able Promotes Jason Brown to Director of Operations

KANE has appointed Jason Brown Director of Operations, responsible for the operation of the three distribution centers that KANE operates for Sam’s Club in Michigan, Ohio, and Pennsylvania. 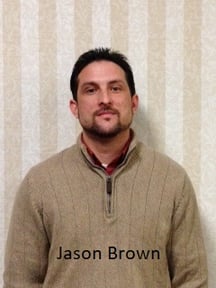 Brown’s connection to Sam’s Club started as a temporary associate in 2001, while working for another 3PL. After being hired on in 2002, he held a variety of positions, starting as a loader and progressing to operations manager and then general manager of the Sam’s Club distribution center in Brownstown, MI, which KANE began operating in 2014.

Since 2014, Brown has been involved with all KANE-operated Sam’s Club DCs, going on site to help improve operations at facilities in New Hampshire, Pennsylvania, and Ohio – all while retaining responsibility for the Michigan facility. Additionally, while at KANE in 2015, Brown earned his certification as a Six Sigma Green Belt and Lean Six Sigma from Villanova University.

Brown has been part of a KANE team that has won the Sam’s Club Distribution Center of the Year Award for 11 of the past 18 years. Additionally, KANE has twice been named Walmart’s Carrier of the Year.

“Talented logistics leaders are hard to find, but sometimes closer than we know,” said KANE CEO, Mike Gardner. “Jason Brown is a homegrown talent that will fill a vital leadership role for KANE, where we work hard to cultivate a culture of growth and opportunity for all associates.”