Kane Named 3PL Partner of the Year for Sam’s Club

May 5, 2015 – Kane Is Able, Inc. has been named 3PL Partner of the Year for 2014 by Sam’s Club Stores. The award recognizes operational excellence in logistics and overall dedication to customer service. 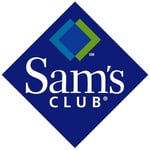 According to Sheila Taylor, vice president of Sam’s Club Logistics, “KANE has been a tremendous partner during our more than 20 year relationship and last year exemplified that even further. Our KANE-operated facilities consistently rank among our highest in our operational index, and KANE’s cross dock operation in Scranton, PA finished the year number one overall.”

Kane Is Able has been named Walmart’s Carrier of the Year two times and has won the Sam’s Club Distribution Center of the Year Award for ten of the past fifteen years.

Commenting on the honor, Kane Is Able president and CEO Mike Gardner said, “Operational excellence is a product of lots of hard work by our associates and we appreciate Sam’s Club’s recognition of this commitment. During our long association with Walmart and Sam’s, our associates have come to really appreciate their partnership and the importance of their member base.”