Kane Logistics Adds Talent in Ops and IT

July 24, 2020 -- Kane Logistics has further strengthened its operations and IT departments with the addition of two, top-tier hires from the industry, William (Bill) Kunysz and Rishu Goyal. Bill joins the KANE family as a Distribution Center Manager (DCM) in our newest location in Joliet, IL. Rishu joins the KANE family as the Senior Specialist, Warehouse Management Systems (WMS) based in Atlanta, GA.

Kane Logistics is excited to add to its growing presence in the Chicagoland region. Bill Kunysz poss 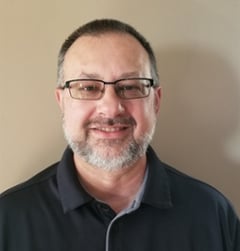 esses more than 20 years of leadership experience in logistics and supply chain. Over the course of his career, Bill’s focus has included strategic and operational planning for plant and facilities management, along with driving financial results in value chain creation.

Prior to joining Kane Logistics, Bill was a General Manager in both the manufacturing and third-party logistics (3PL) sectors in the Chicago region. Most recently, Bill ran operations for DHL Supply Chain and Neovia Logistics. Before that, Bill was in charge of a high-volume, dynamic facilities for Bosch USA and Sears.

Bill is a graduate of Western Governors University in Salt Lake City, UT where he received a Bachelor of Science in Business Management. Additionally, Bill is a certified Lean Six Sigma Yellow Belt and is an ISO 9001:200 certified lead auditor.

Bill and his wife of 29 years, Sharon, reside in the Plainfield, IL area. They are the proud parents of five children and have three grandchildren. When not at work, Bill enjoys camping and is a self-described, die-hard Chicago Bears fan. When asked what attracted him to Kane Logistics, Bill explained, “I am attracted to KANE because it’s a growing company. In some of my previous stops, a person can get lost in the shuffle – end up being just a number. I’m thrilled to be part of a company that recognizes and values effort while making you feel part of the family.” 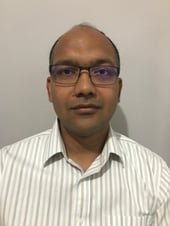 Rishu Goyal possesses over 14 years of successful experience in supply chain and e-commerce. His focus is providing WMS expertise across business, operations, and engineering teams to solve complex problems using data and technology. Over the course of Rishu’s career, he has earned an excellent reputation for resolving issues, improving customer satisfaction, and driving overall operational improvements.

Prior to joining Kane Logistics, Rishu was a Senior Consultant at Keystone Logic working in both Atlanta, GA and Spartanburg, SC. Before that, Rishu was with Infosys Technologies as a Technology Lead in their Seattle, WA location and was a Senior Software Engineer in Bangalore, India.

Rishu is a graduate of Thapar Institute of Engineering & Technology in Patiala, India where he received a bachelor’s degree in mechanical engineering.

Rishu and his wife, Mala, reside in the Atlanta, GA area with their 7-month old boy, Madhav. When not at work, he enjoys camping, hiking, gardening, and playing racquetball. When asked what attracted him to Kane Logistics, Rishu replied, “When I first visited KANE, everyone treated me like family. It made me feel like I was home. Ideally, you want your workplace to be more than just work. You want it to be a friendly, fun, and supportive place. That’s what I felt immediately.”