I’m a Bruce Springsteen fan. Naturally, I was stoked when my lovely bride (also a big fan) surprised me with tickets to see The Boss in Philadelphia. Springsteen is in the midst of The River Tour. Since The River was the very first album I ever purchased at a record store (yes, Millennials there was this magical place called the record store long before all music was digitized), I was doubly excited. 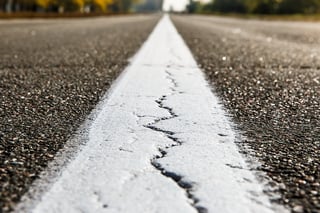 One of my favorite cuts from that album is “The Price You Pay” – a song about making decisions and living with them. I couldn’t help hearing this song in my head as I re-read the most recent report card on America’s transportation infrastructure, put out by the American Society of Civil Engineers (ASCE), which put our country’s collective GPA for infrastructure at a dismal D+.

No smiley faces on this report card.

Transportation Infrastructure: The Price We Pay for Band-Aid Approaches

Our roads and bridges are in disrepair. Congestion on our roadways and at our ports has a crippling impact on business productivity. We’ve kicked the can down the road for long enough on the issue of transportation infrastructure, and here are the results:

Now you can’t walk away from the price you pay

Why haven’t we acted?

Because the cost of fixing our roads is incredibly expensive. According to the ASCE report, an estimated $1.7 trillion is needed by 2020 for our surface transportation infrastructure to be improved.

Typically, state and local governments fund these projects. But when these funds run short, projects get mothballed. The federal government provides crucial funding through the Highway Trust Fund, which gets its revenue mostly from a gas tax. But the Fund had to be propped up recently by transfers from other government funds to keep it from going broke.

In this election year, we should understand the commitment of the candidates to addressing our transportation infrastructure challenges. We can’t solve a decades-long policy of band-aid fixes overnight, but we can chart a long-term vision that includes a practical funding plan over time.